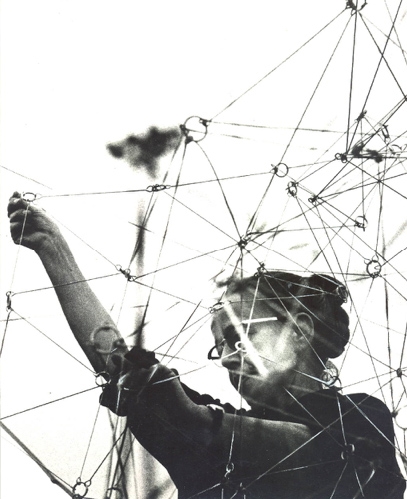 Her interdisciplinary artistic output spanned architecture, design, sculpture, drawing, graphics, textiles, site-specific facilities, public works, and pedagogy. For this reason, the exhibition covers a variety of media from the late 1940s to the early 1990s, to account for the artist's extensive production.

Trained as an engineer-architect by the Technische Hochschule in Stuttgart, Gego faced Nazi persecution, which led her in 1939 to emigrate to Venezuela, where she became a pioneer of geometric abstraction in the 1950s and 1960s. The artist explored the relationships between line, space and volume, in a bold and systematic three-dimensional complex of wires. Her organic forms, linear structures, and modular abstractions methodically address the notions of transparency, energy, tension, spatial relationship, and optical movement.

Entitled: Gego, The emancipated line, the exhibition is held under the curatorship of Pablo León de la Barra, Julieta González and Tanya Barso.