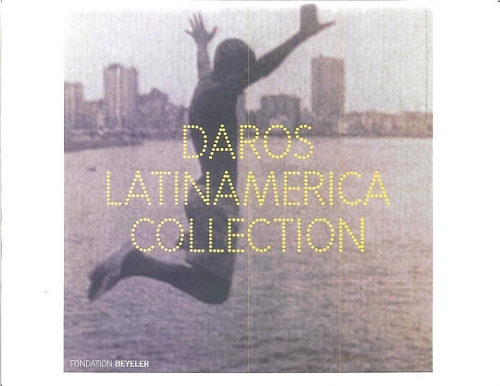 The exhibition invites viewers to take a journey of discovery through the diverse oeuvres of artists from a range of Latin American countries. The selection represents a great variety of media: painting, sculpture, an installation, and video works, divided into thematic programs.

The Argentine painter Guillermo Kuitca devotes himself to architectural and geographical spaces, which he transforms into poetic imagery. He employs cartographic material on various scales, extending from city and country maps down to the floor plans of historic buildings. By means of choice of colors and contrasts, painting over and blurring, the artist lends maps the appearance of woven textiles or networks of veins. This ambiguity of recognition and imagination is further heightened in a series of paintings in which mattresses figure as picture supports. Here, the artist identifies the bed, or more precisely, the mattress, as a further territory to take possession of and establish a foothold in.

The Necessity of Remembering – Doris Salcedo

The sculptures of Doris Salcedo of Columbia likewise address interactions between places, things and persons. Chairs, cabinets and tables are deprived of their original purpose, stacked, interlocked, or even filled with concrete and converted into new sculptural configurations. Despite, or perhaps because of, their lack of functionality, these hybrid furniture-objects trigger strong associations with destroyed homes and the loss of roots.

The floor of Meireles's installation is piled with thousands and thousands of coins, out of the midst of which a column of wafers rises to a ceiling of bones. This imposing work by the Brazilian conceptual artist addresses the tragic history of the Christian mission to the Indios. Not only can viewers enter the sacred-seeming space; we are veritably drawn into it and encouraged to identify the interwoven symbolism step by step and decode its contexts. The work takes on currency beyond its original intentions in that the straightforward symbolism of bones and coins strongly evokes political conflicts in present-day Latin America and the genocide still being conducted out of sheer greed.

In the first of two film programs, video artists devote themselves to the phenomenon of proliferating cities and the concomitant physical, functional and social relations. The works on Mexico City by Melanie Smith and Santiago Sierra, for instance, present various aspects of the metropolis. In her film Spiral City, 2002, the British artist, who made Mexico City her new home in 1989, explores its infinite spread from a bird's-eye view, inviting contemplation. The Spanish artist Sierra, in contrast, literally penetrates to the center of hectic urban life, briefly blocking traffic with a truck parked across an expressway. By forcing the cars to stop, the performance evokes a sense of helplessness and dependency.

The second film program consists primarily of the work of Ana Mendieta, a Cuban artist whose video performances address the presence of the body and its transient nature. The personal experience of exile and homelessness has crucially shaped her art, in which she explores her own corporeality while creating links with mythology and ritual. The Columbian artist Oscar Muñoz likewise deals with strategies of (self-)representation, emphasizing aspects of identity-formation and self-love. He treats these themes by concentrating on depictions of the body and the face, and also through the use of evanescent materials such as breath vapor, water, wax, light and dust.

Artists in the exhibition: