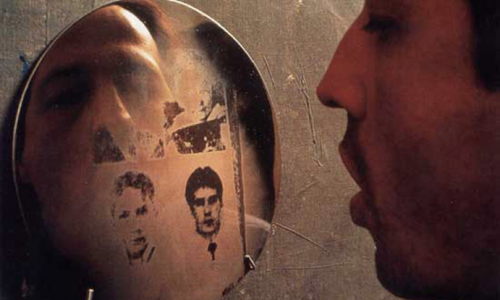 Oscar Muñoz: Invisibilia is the first mid-career survey of Columbian Colombian artist Oscar Muñoz’s work in the United States. Although he has had large-scale retrospectives throughout Europe and Latin America, this exhibition will introduce US audiences to a broad scope of his evolving practice. Beginning with his early, stark charcoal drawings from the late 1970s and early 1980s, whose approach to light and shade continued to impact his aesthetic in later photographic and video works, the exhibition will include approximately 50 exemplary works from his most evocative series created during the late 1980s, 1990s and 2000s to the present day, including site-specific work. In addition, at each venue, Muñoz will recreate local iterations of his Lugar a dudas (Room for Doubt)workshops, which he founded in Cali in 2006 as a hub for young artists to participate in public dialogue and debate about art and politics. Opening at Phoenix Art Museum in the fall of 2020, Invisibilia will be accompanied by the first comprehensive bilingual catalogue of his production, with contributions by leading scholars in the field.

Since the early 1990s, Muñoz has consistently explored the elusive phenomena of memory and time by lending them visible form, but often only fleetingly—just as we, too, are prone to forgetting. In so doing, he has reinvented the medium of photography, creating hybrid works that splice photographic processes with drawing, printmaking, installation, video, and sculpture, as well as interactive works. This is why, despite being awarded the 2018 Hasselblad Foundation International Award in Photography, Muñoz is not truly a photographer. Rather than respecting chronology, this exhibition’s structure presents a practice in flux, an artist continuously experimenting with new artistic means as he seeks to define and refine his philosophies by deconstructing the photographic medium. It will provide students and visitors of all ages with active opportunities for engagement with themes of history, identity, and social amnesia. Developed in close collaboration with the artist himself, Invisibilia encompasses the poetics, the politics, and the philosophical underpinnings of the unstable imagery he has created, which, nevertheless, becomes indelible in our imaginations.