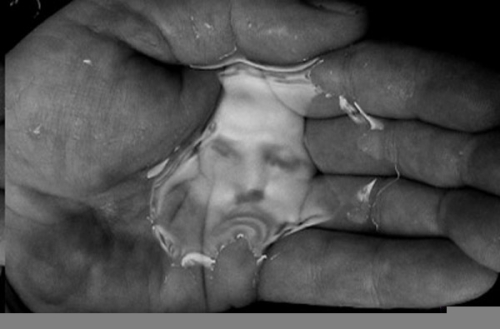 Sicardi Gallery is pleased to announce that Oscar Muñoz has received a 2013 Prince Claus Award in recognition of outstanding achievement over the course of his career.

The international committee noted that "Muñoz uses unusual techniques and a fine aesthetic sensibility to create compelling artworks that interrogate paradoxes of the human image and the fragile and ephemeral nature of perception, identity, and memory. Over more than 30 years, he has created an outstanding body of work that is simultaneously local and universal. In the Colombian context, his work questions the role of images, its production and consumption through public media, in shaping a political reality that accepts persistent violence and war as daily routine. ... Oscar Muñoz is honored for his highly original, profound and poetic artworks on the transitory nature of human existence, memory and history; for his dedicated commitment to heightening public awareness of both the power and fragility of the image in a context of violence and disappearance; for expanding the boundaries of the visual arts in his pursuit of accessible and deceptively simple ways to convey complex ideas; and for his generosity as a public intellectual, influencing younger generations and supporting the development of contemporary culture."

The Prince Claus Awards are presented to artists, intellectuals, and cultural workers in recognition of both the excellent quality of their work and their significant impact on the development of society. The awards are given to individuals, groups, and organizations based in Africa, Asia, Latin America, and the Caribbean by the Prince Claus Fund for Culture and Development.