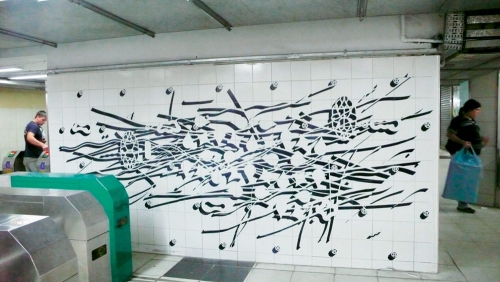 Throughout its notoriously turbulent political and socioeconomic history, Argentina has managed to sustain a vibrant cultural scene. The hub of activity has always been Buenos Aires, a vast metropolis whose languorously crumbling Beaux-Arts and Art Deco buildings evoke a far distant glory. Among the city’s residents—or Porteños, as the denizens of Rio de la Plata port towns are called—have been some of Latin America’s most illustrious (and infamous) figures. The nation’s capital has fostered polarizing political leaders like Juan Perón and Che Guevara. On Sundays, labor groups and striking workers still march through the streets carrying banners emblazoned with Che’s image; mothers of those who disappeared during the 1976–83 military dictatorship still gather in the Plaza de Mayo. Key literary legends also lived here, including Jorge Luis Borges, Julio Cortázar, Ernesto Sabato, and Victoria Ocampo, to name just a few.

Due to its instability, however, Argentina suffered an inordinate brain drain during much of the twentieth century. Artists, writers, and musicians who earned some level of international recognition typically chose to live abroad. Fleeing the country’s extreme turbulence in the late 1960s, for instance, were major Argentine artists such as kinetic art maestro Julio Le Parc, who relocated to Paris. Performance and installation art pioneer Marta Minujín moved to New York and Paris; sculptor Liliana Porter settled in New York; and conceptualist David Lamelas made Los Angeles his home.

The emigration pattern continues today for some younger Argentine artists of note, such as Tomás Saraceno, who now resides in Berlin, and Adrián Villar Rojas, who, according to his Mexico City and New York gallery, kurimanzutto, lives nomadically. The trend, however, may be shifting for other Porteño artists with international reputations. Guillermo Kuitca, Leandro Erlich, Marcos López, Nicola Costantino, and Eduardo Stupía are among those who spend most of their time in Argentina.

On a recent visit to Buenos Aires, I met with three Porteño stalwarts, all highly individualistic yet formally like-minded artists. Pablo Siquier (b. 1961), and Jorge Macchi (b. 1963) are prominent figures on the local scene, with extensive international exhibition histories. Luciana Lamothe (b. 1975) is a protégée of Kuitca and also studied with Siquier and Macchi. Well established in Argentina, she is quickly gaining recognition abroad. In the past year, Lamothe has had shows in Paris and Chengdu, China, as well as Buenos Aires. She was also invited by Art Basel to create a large-scale outdoor installation for last fall’s inaugural Art Basel Cities: Buenos Aires, the Swiss organization’s ongoing and wide-ranging cultural program for Argentina.

Aside from related backgrounds—all three attended the venerable Escuela de Bellas Artes Prilidiano Pueyrredón—the artists share a certain sensibility as well as related themes centered on urban architecture and infrastructure, construction and destruction, public art, surveillance, and the stress of contemporary urban living. Coursing through their works are images of maps, building fragments, scaffolding, and other elements that suggest the circulation of people through built environments. There is also a strong interrelationship of formal concerns—experiments with unorthodox materials and processes, as well as a common interest in geometric abstraction.

Perhaps their closest interrelationship is with the ideals of the 1940s avant-garde Asociación Arte Concreto-Invención.1 This influential group of artists proposed using geometric abstraction, or Concrete art, to counter the nation’s oppressive oligarchs and military brass, who officially mandated figuration and favored various forms of saccharine realism in all the arts.

I became aware of Siquier’s work firsthand in the mid- 1990s, while lying on a psychotherapist’s couch in New York. I was there not as a patient but as a writer. The couch belonged to Josefina Ayerza, an Argentina-born Jacques Lacan specialist and the editor of Lacanian Ink, a journal of psychoanalysis and art, to which I contributed over the years. I was instantly drawn to the mysterious shallow space that Siquier presented in the handsome, medium-size painting hanging above the couch. A striking, flat, monochromatic turquoise composition with planes as deep shadows and hard-edge black lines, the work suggested an architectural detail. It is part of a series of works that includes more recent examples like 0916 (2008) and 1508 (2015). The images allude to the ornate facades on some of Buenos Aires’s nineteenth- and early twentieth-century buildings. Siquier’s rather eerie faux-relief images bear comparison to Roy Lichtenstein’s “Entablature” paintings from the 1970s as well as to actual 3D relief paintings created in the 1960s and ’70s by Cuban artist Zilia Sánchez. Siquier featured this series in his first New York solo show, presented at Annina Nosei Gallery in 1997.

By the time I saw his 2005 solo museum exhibition in Madrid, at the Palacio de Velázquez venue of the Museo Reina Sofía, Siquier had abandoned color altogether. The show’s black-and-white hard-edge compositions, some mural-size, retained the illusion of shallow depth, with the help of drop shadows, but the emphasis was now on the sweeping movement of countless lines and on dense concentrations of patterning that resemble maps, aerial views of cities, and the linear arabesques of Islamic art. The crisp geometry and elegant line in some of these works recall classic examples of Concrete art, such as Tomás Maldonado’s painting Development of a Triangle (1949), in the collection of the Museum of Modern Art, New York.

Employing the computer design program Illustrator, Siquier has since produced increasingly intricate compositions. His Buenos Aires studio is located in a building complex he shares with Macchi and the artist Carlos Huffman in the Villa Crespo district. The rather gritty but soon-to-be-gentrified neighborhood is home to some of the city’s trendiest galleries, such as Zmud, Revolver, Ruby, and the long-running Ruth Benzacar. There is not much to see on Siquier’s walls these days; in recent years, he has become increasingly preoccupied with large-scale public works. He has also been engaged with sculpture, producing elaborate room-size enclosures made of clusters of steel rods, reminiscent of certain works by the late Argentine artist and activist León Ferrari (1920–2013). Siquier’s completed public commissions include the vast exterior murals of the mixed use tower Los Molinos (2008) in Buenos Aires. His murals for the Carlos Pellegrini subway—or Subte—station, completed in 2009, are potent visual statements, full of movement reflecting the city’s manic urban energy.